So, I found myself with the need to make automatic backups of my postgres databases…

After some Google‘ing and reading of some peoples recipes, here’s mine.

So, I was trying out Kubuntu Maevrick and found out that my bluetooth mouse did not work anymore as it previously did with Jaunty…

I recently started to monitor my servers with monit. As such, I started creating scripts for all services that needed monitoring until I got stuck on one of them DavMail. It did not write a pid file and didn’t even had a specific process name!

As you can read on a previous post of mine, I was, and still am quite pissed at ATI.

However, being forced to choose from upgrading my favourite linux distribution, Kubuntu, to latest stable version 9.04 and loosing the ATI proprietary drivers, or, staying at the old version of ...

Ever since I bought my laptop which is UNFORTUNATELY attached to an ATI card, I’ve had issues running it on Linux! And now you tell me that you’re dropping support!? This laptop is not 2 years old!!!! Now What!?

So, you’re like me and like to have trac constantly logging to file and you hate those files getting huge?

It is assumed that you keep all your trac environments on the same base directory, for example /var/lib/trac/

I recently bought a 3G wireless card to use with my laptop, a ZTE, model MF622. Since the first time I tried Linux, also the first time I encountered this kind of problems with my USB ADSL modem, and this being an USB modem also, I knew I was going to have troubles.

At first I tried USB ModeSwitch which has experimental support for ZTE’s MF620 model with no luck. I then followed the instructions on the site to snoop the usb communication under M$ Win to get the messages being sent to the device so I could mimic that under Linux. Still, no luck.

I then tried to code a python script which used the libusb so that I could make the device switch to the modem configuration. Still, no luck.

I spent a lot of time on this subject and then one time I removed the usb_storage module while HAL was waiting for the device to settle down and guess what!? After a few seconds, the device changed itself to the modem configuration. All I needed now was to automate this procedure.

This is hopefully the last release candidate before the 0.2.0 version release.

For detailed info on all changes please see the ChangeLog.

If you’d like to provide a translation in your language, please, drop me an email or file a ticket ...

This is hopefully the last release candidate before the 0.2.0 version release.

It includes some bug fixes and some missing files on the distributed egg.

For detailed info on all changes please see the ChangeLog.

This is a release candidate to enable users to provide feedback on possible bugs found so that they’re fixed on the 0.2.0 release due on 01-Sep-2007. 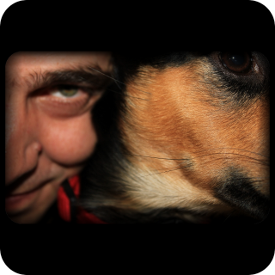